Why We Need to Change Our Relationship with Fast Fashion

Extinction Rebellion’s latest campaign sees to radically change our relationship with clothes and put a halt to fast fashion. But how do we stop our splurging impulses?

As another show season closes its doors and draws its curtains, it is now time to reflect on what the next six months hold for the fashion industry and its impact on our planet.

At first glance, this season could be regarded as an environmental success – industry leader Gucci announced its first carbon-neutral fashion show, as did New York knitwear designer Gabriela Hearst. Gucci confirmed its new commitment to an entirely carbon-neutral supply chain, and soon after its parent-company Kering Group, owners of Saint Laurent, Bottega Veneta and Balenciaga, announced it would follow suit.

In London, the columns once reserved for runway reviews in national newspapers instead reported on the ‘die-ins’ staged outside the fashion week proceedings by international activists Extinction Rebellion, who hosted several protests across the weekend to boycott the event.

But despite its extensive media coverage, within minutes of the protests finishing, the fake blood was washed off the pavements and the days’ events were seemingly back to business as usual.

Not to be deterred, Extinction Rebellion is powering through with the next stage in its boycott. This time, the activist group are asking all to pledge not to buy new clothing or textiles for the next 52 weeks, citing land use to grow crops for producing clothes and extracting oil to produce synthetic fibres as the main proponents in the global climate crisis.

In a statement on its website, the group says: “We will not significantly mitigate this crisis without total systemic change and a drastic reduction of our consumption.”

Sounds pretty daunting, right? For some, it may even seem impossible. Not to mention that villainising the anonymous ‘fast fashion’ market is much easier said than extending such thoughts to that must-have Zara dress or pair of Topshop jeans that fit ‘just right’.

But with the onus shifted away from the large fashion conglomerates and onto us, the consumers, it’s vitally important not to ignore Extinction Rebellion’s call to action as the fashion industry has just done.

It’s helpful to identify your triggers and unpick that shopping impulse a little bit. Do you want to shop when you’re sad, or bored, or stressed? Does Instagram make you feel like you ‘need’ new clothes?

Journalist and author Lauren Bravo knows just how hard the ‘slow’ fashion shift can be. Her upcoming book, ‘How To Break Up With Fast Fashion’, details her journey away from the constant consumption of today’s retail industry and the tips and tricks she learned along the way.

“It’s easy enough to make the big resolutions, but resisting the backslide can be really hard – especially as we’re all so used to the instant gratification of online shopping,” she admits. “It’s ingrained behaviour; I haven’t bought fast fashion for almost a year now but I still regularly feel my fingers twitching for the old ASOS scroll.”

Altering our consumption habits is no easy feat, so it is essential to understand what inspires us to ‘add to basket’ or wander around the shops even when we don’t ‘need’ anything.

Lauren explains, “It’s helpful to identify your triggers and unpick that shopping impulse a little bit. Do you want to shop when you’re sad, or bored, or stressed? Does Instagram make you feel like you ‘need’ new clothes, or perhaps hanging out with certain friends? When you notice yourself suddenly itching to shop online or gravitating towards Zara, try to stop and identify the emotion that’s driving you – it’s almost never ‘need’. For me, it’s often when I’m feeling a bit shit about myself, or inferior to some incredibly stylish person or other. So I try to step away, do something else nice instead, and remind myself that not ‘everyone’ has that must-buy jacket style or hot pair of shoes. ‘Everyone’ is an illusion.”

Changing your relationship with fast fashion does not mean restricting yourself to the same outfits all year round. If you are in need of a wardrobe addition, head down to your local charity shop, car boot sale, vintage market or even reselling apps like Depop. Shopping second-hand is a win-win scenario – the prices rival that of your £3.50 Primark miniskirt and the quality will almost certainly outlast it. Fast fashion relies on trend-led shoppers hoping for their clothes to last only one season. If clothing feels cheap, fast and disposable then we’ll treat it as such.

“‘Shopping your wardrobe’ is a bit of a cliché I know, but we don’t do it nearly enough,” Lauren adds. “I advocate for a good old-fashioned dressing-up session, where you really deep-dive into your wardrobe, pull out clothes you haven’t worn for ages and try out new combinations. You’ll be amazed by how many hot new trend items you actually already own in some earlier guise.”

An excellent preventive measure against impulse buying is to remove temptations. This means deleting shopping apps from your phone and unfollowing brands on social media that encourage constant consumption.

“One of the most practical things you can do to resist temptation is unsubscribing from all the fashion brand emails you’re signed up to. It’s so much easier not to shop when temptation isn’t arriving in your inbox multiple times a day,” Lauren suggests.

Restricting consumer spending hits fast-fashion retailers where it hurts – their purses. Nothing speaks louder to large conglomerates than financial decline. But as business researcher Harpreet Kaur notes, there are some concerns that the victims of such boycotts could be underpaid workers in garment factories, 80% of whom are women. In order to protect factory workers, it is vital to vocalise the demands for systemic changes online and at organised peaceful protests.

To Lauren, the most important pledge to make is perseverance: “If you do cave and buy something, don’t just give up. You’re not a terrible human if you have a drunken midnight ASOS sesh. The important thing is to try as hard as you can, and keep trying. My motto throughout the book is: we can only do the best we can do. But most of us can probably do better than we are.”

Join Extinction Rebellion in the pledge to stop buying fast fashion, and remember:

You can pledge to the Extinction Rebellion #BoycottFashion online here, and preorder Lauren Bravo’s ‘How To Break Up With Fast Fashion’ here.

BRICKS VOICES WITH FLORENCE GIVEN 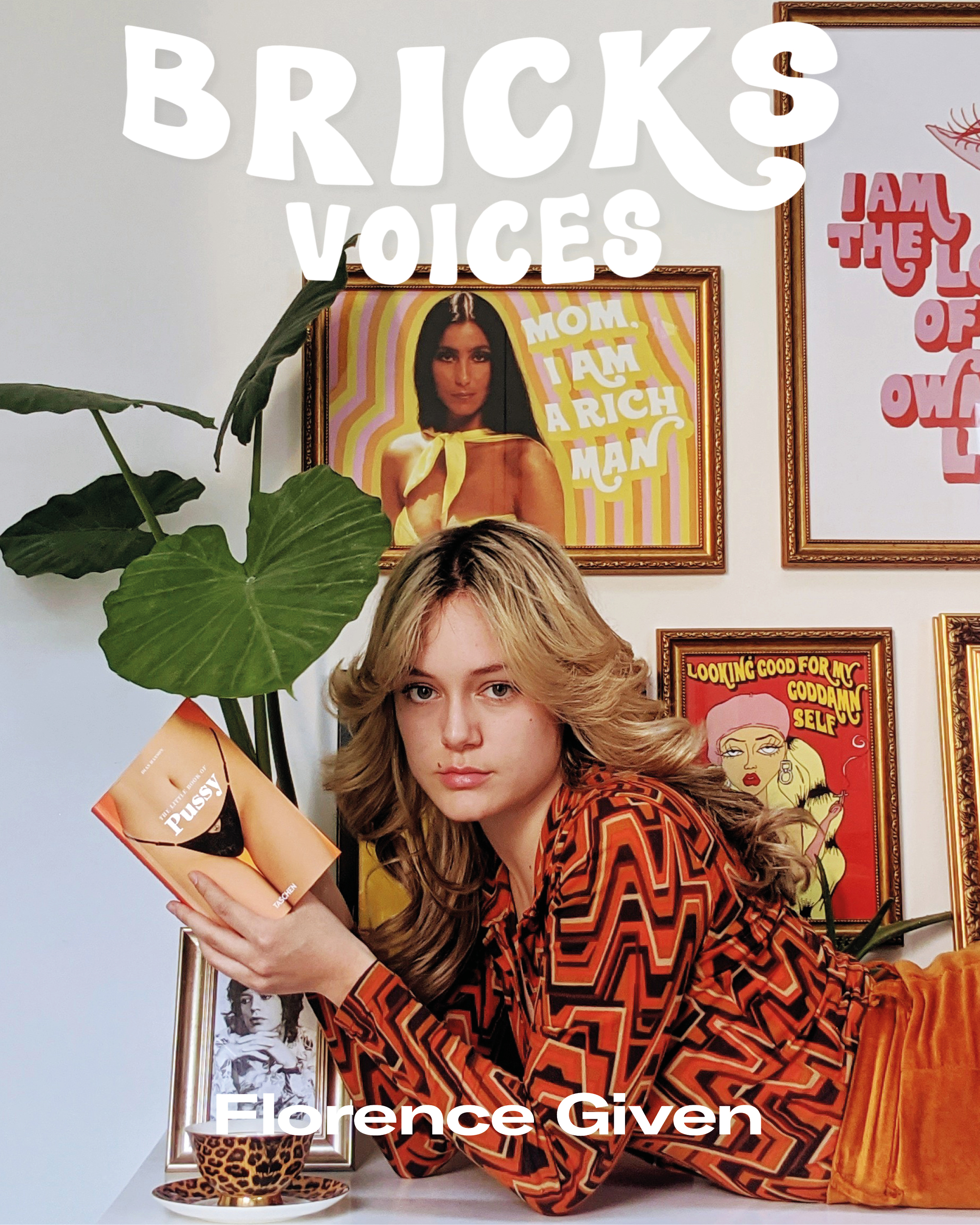 Can Fashion Get Away With Being Political?

Processing...
Thank you! Your subscription has been confirmed. You'll hear from us soon.
%d bloggers like this: