No one expected the ‘cultural void’ of the 2000s to become so beloved – yet, after the Y2K aesthetic’s emergence in 2014, it has firmly cemented itself in the cultural zeitgeist. Why are Gen-Z still so obsessed with the 2000s?

I don’t remember much of the 2000s. I don’t suppose I should; I was born in 1999, four months before the turn of the Millenium. When I think of the 2000s, I think of the television – as an only child, it was pretty much my replacement sibling. My awareness of clothing extended only as far as what Miley Cyrus wore on Hannah Montana; my most sophisticated fashion opinion came from a morning TV show segment I had watched when I was homesick from school. When I returned, I would repeat it to my friends with all the sagacity an eight-year-old whose mum had just made her stop wearing light-up trainers could muster: purple is in.

This is to say that I had not yet gained any kind of fashion awareness in the 2000s – or about as much awareness as anyone could expect from a child. Yet, as 2010 turned to 2011, I joined the world quietly un-snapping my butterfly clips and moving on to the next decade.

Logging onto Tumblr in 2014, then in the middle of my teens, I was struck with a new kind of 2000s. In the four years since the turn of the decade, my fashion memory had been consolidated through the medium of television once again, an education by late-noughties teen shows such as Skins and Gossip Girl I had streamed on my baby blue Dell laptop. I now recognised authentic 2000s fashion for what it was – a mess, sure, but also irritatingly charming in the way that only someone with the gall to wear a fully coordinated denim outfit must have.

The 2000s of Tumblr did not look like this. Under the curation of aesthetic blogs, the essence of the 2000s was distilled to a series of references: Paris Hilton, Mean Girls, Bratz dolls, diamante playboy bunnies, hot pink flip phones, a GIF of Megan Fox holding a lighter to her tongue in Jennifer’s Body. This was the 2000s re-remembered by other teens who had also experienced the decade as children and christened with a shiny new name; Y2K.

Five years later, and the Y2K aesthetic has entered the mainstream. A quick google of “Y2K clothing” suggests pieces stocked by large fast-fashion retailers such as ASOS, Topshop, Missguided, and Shein. Juicy Couture, the brand behind the iconic velour tracksuit, recently added Parade to a roster of collaborations including Vetements, Kappa, and Urban Outfitters (it would be disingenuous, I feel, not to mention that I am wearing a pair of Juicy flares as I write this). As its name would suggest, the 2020 ‘it’ bag – the Prada nylon re-edition 2000 – was a style first made in the aughts.

This fascination with the decade extends beyond fashion – Instagram accounts such as 2000sanxiety have accrued hundreds of thousands of followers posting inspiration images of 2000’s celebrity culture. Hyperpop artists such as Charli XCX and Rina Sawayama have also revived the 2000’s in a form of ‘cyber Y2K’ and retro-futurism as their signature aesthetics.

In this time, Y2K has been abstracted even further from ‘authentic’ 2000’s culture. On the ever popular Y2K tag on Pinterest, images branded as 2000’s inspiration bear more resemblance to contemporary fashion than to that of the 2000s. To Gen-Z, dressing Y2K means taking certain elements of 2000’s fashion – plaid mini skirts, crop cardigans, baby tees – and redressing them in a thoroughly modern way.

This is perhaps best exemplified on Tumblr’s spiritual successor, TikTok – the “What I would wear if I was a character in Skins” trend recreates outfits that look little like anything Cassie, Jal, or Michele would wear. On Depop, Gen-Z’s favourite shopping platform, Y2K has little meaning at all. As arguably the most popular tag on the app, almost any item can be described as Y2K for searchability purposes. In the last twenty-four hours alone, 3,946 items tagged Y2K were uploaded to the platform.

Trends such as the velour tracksuit and the iconic chainmail dress, integral to the modern Y2K aesthetic, were pioneered by Black women.

In the process of this abstraction, the roots of the 2000’s trends emulated by those with a ‘Y2K aesthetic’ have also been whitewashed. Trends such as the velour tracksuit and the iconic chainmail dress, integral to the modern Y2K aesthetic, were pioneered by Black women – yet, in popular memory, many would attribute such trends to white celebrities like the ‘Holy Trinity’ of Paris Hilton, Britney Spears, and Lindsey Lohan, while erasing the fashion influence of Black celebrities like Beyonce and Lil Kim.

When the 2000s ended, few expected its memory to pervade beyond the confines of the decade – certainly, not the fashion community. Writing in Popsugar, Kara Kia dubbed the 2000s “some of the worst personal style of the past century.” Putting it less delicately, Vice likened 2000’s fashion to “dressing like someone vomited a jumble sale directly on us.” In popular memory, the 2000s have been consigned to the status of a cultural void – a naive celebrity-obsessed and frivolous culture awakened by the 2008 financial crash, ever in the shadow of the more palatable stylistic simplicity of the 1990s.

Authentic 2000’s fashion was an amalgamation of revivals. A 2002 New York Times article praised the brave 80’s ‘new wave fashion’ revival forming in the clubs in Brooklyn, characterised by ‘skinny ties worn over t-shirts, and studded belts and braces’. ‘The ’70s Are So 90s’, author Simon Reynolds wrote, ‘The ’80s Are The Thing Now.’ Later in the decade, 1960s revivals underpinned trends for peacoats and colour-blocked tunics as well as Bohemian-inspired peasant blouses and paisley, while 1950’s revivals introduced quaint ballet flats and headbands (even if for many that reference travelled through Blair Waldorf first).

These were imaginations, not recreations, of the decades, championed by young people. It may be the kind of cliche that gets passed around in lukewarm history degree personal statements, but it is true nonetheless; imaginations of the past tell us more about the present.

Y2K is not, strictly speaking, an invented term. As a shorthand for ‘year 2000’, Y2K was first used in context of the millennium bug, the prophesied technological crash at the turn of the millenium. On Tumblr, Y2K became another kind of shorthand – instead of referring to ‘authentic’ 2000s fashion, Y2K referred to a luxe and unapologetically hyper-feminine aesthetic that invoked the ‘cultural void’ of celebrity, as it continues to do so today.

This embrace of the ‘worst’ aspects of the 2000s is an act of revisionism. As digital platforms have offered political education, much of the characterisation of the 2000s as riddled with artifice is critically understood by Gen-Z as a manifestation of misogyny; a reflection of the image that contemporary tabloids cultivated about women such as Britney Spears and Paris Hilton that labelled them as ‘bimbos’ for the simple fact that they were overtly feminine women that enjoyed partying. As ‘bimbos’, these women were made fair game to exploit with predatory long-lens shots and sensationalist headlines about their personal lives. The media circus surrounding Britney Spears’ 2007 mental health crisis deemed her ‘crazy’, ‘out of control’, and a ‘time bomb’ for cracking under the pressure the press had created.

Interpreted from this point of view, celebrities like Paris Hilton and Britney Spears become counter-cultural icons – survivors of a culture that attempted to reduce them for their hyper-femininity. In embracing hyper-femininity, an extreme performance of gender, they can be seen to parody the gendered expectations and restraints placed upon them, resisting through their practice, and generating much hatred in the press. Part of re-remembrance is offering apologies for this treatment; take Megan Fox, who if you search her name plus ‘sorry’ you will find countless tweets and opinion pieces apologising for ‘hating’ her in the 2000s. It is telling, though, that only white women have been offered this vindication.

Of course, modern Y2K clothing does not exactly match the outfits worn by Paris Hilton, nor does it have to in order to invoke its intended meaning when properly located in its aesthetic context. A plaid mini skirt and a diamante choker can be enough to signal this meaning, or to create meaning for the wearer.

The meaning of Y2K can also be given a more simplistic interpretation; nostalgia. As emotions are wanted to be, nostalgia is a curious phenomenon without much logic to it. I laughed along to early 2010’s Facebook posts about TV shows and toys that Only Nineties Kids Would Remember, justified with half-flashes of memories from my very earliest years and my four months of existing in the decade, enough for the nineties to become part of my identity in some measure. Even though I remember little of it, I hold the same kind of nostalgia for the 2000s. In 2020, nostalgic fashion took centre (albeit virtual) stage; Guardian writer Priya Elan called it the year of “Now-stalgia”. In an unprecedentedly-unprecedented year, nostalgic clothing can offer comfort and familiarity.

Fashion theorists argue that ‘nostalgic’ trends come around every twenty years, a cycle that was confounded by the 1990s revival in the early 2010s, and the subsequent 2000s revival. In 2017, Brian Raftery predicted that the early 2000’s nostalgia wave might be the last ever nostalgia wave, having come ‘too soon’. However, in a Gen-Z context, nostalgia for the 2000s is certainly not ‘too soon’, with the decade uniquely offering nostalgic mirrors of contemporary life. When thinking of the contemporary digital age, it is only the 2000s that can offer a reflective ‘digital nostalgia’ – nostalgia for our first phone-charm bedazzled flip phones, nostalgia for our clunky baby pink Nintendo DS’s home to long-forgotten Nintendogs – as well as the beginnings of social media culture. The Y2K aesthetic can mean all of these things, neatly packaged into a pink-scaled screenshot from Pokemon Yellow.

Abstraction is not necessarily a bad thing. Memory is fluid, no one holds a monopoly on an authentic experience of the 2000s. Reduction has occurred to all decades – in popular memory,  the 1960’s or 1970’s have been shrunk down to the size of a plastic halloween costume packet, labelled ‘flower girl’ or ‘hippy’. Abstraction becomes harmful when it erases the roots of the pieces of history we ‘choose’ to remember.

Referential fashion is rarely an accurate recreation – more a gesture towards the invented meaning of the thing it is referencing, for purposes of invocation, experimentation, and critique. And in the immortal words of Paris Hilton: “That’s hot.” 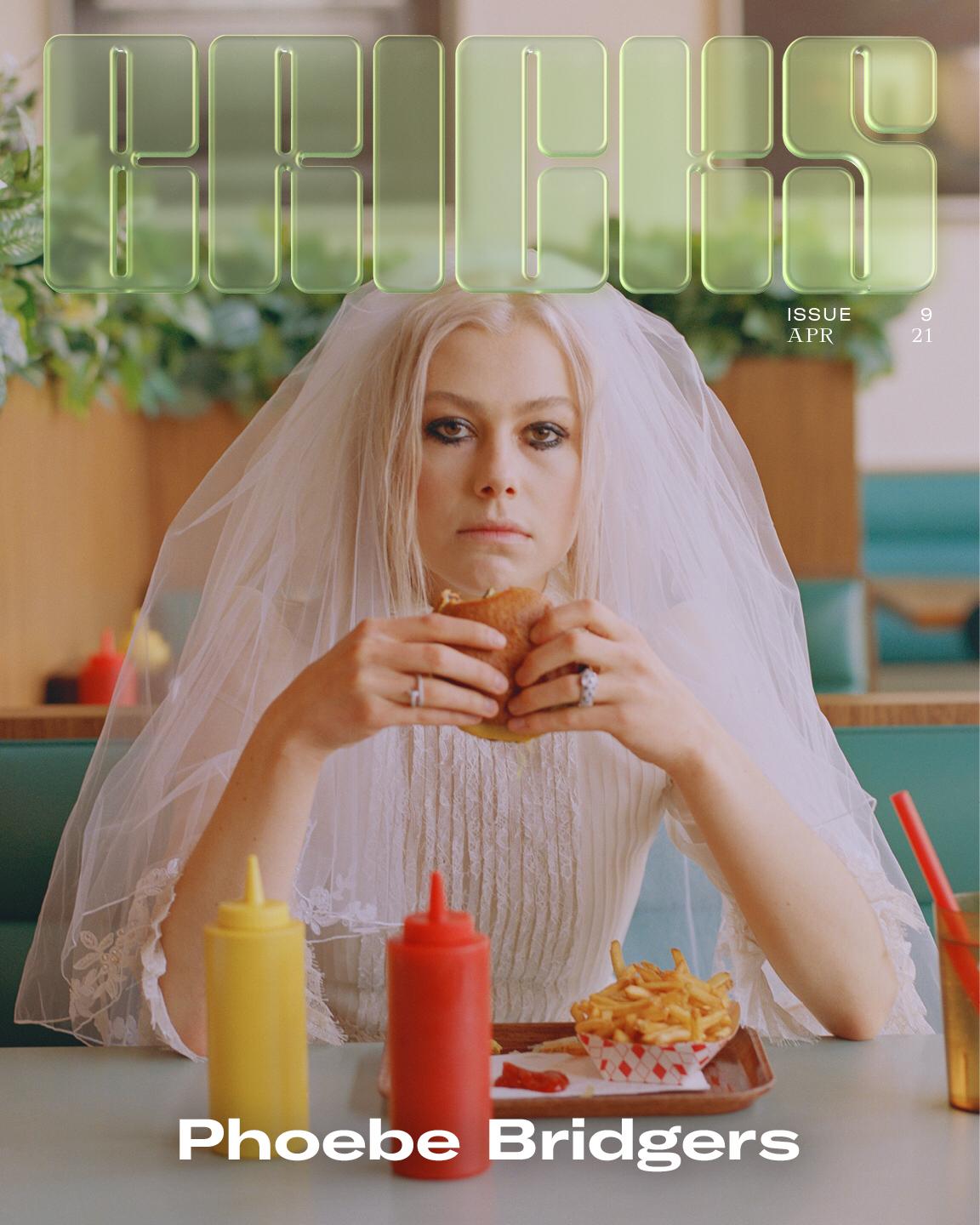 LISTEN TO OUR PLAYLIST NOW

Processing...
Thank you! Your subscription has been confirmed. You'll hear from us soon.
Loading Comments...