Ellie June Goodman speaks with birth activists Jacqui Tomkins and Kay King, who are heading up a campaign with Childbirth Choices Matter and fundraising to get midwives in the UK impacted by Covid-19 back into work.

My mum has worked in a local maternity ward (the very ward where I was born), for the last year. When the UK went into its first lockdown in March 2020, I was, understandably, very concerned about her going to work in a hospital. However, when I expressed these concerns, she simply told me: “babies aren’t going to stop coming because of the pandemic, so we can’t stop going to work.” Like her, midwives all over the country have continued working throughout the last year, risking their health, their lives, to help deliver babies safely.

Recently all independent midwives (IMs) in the UK have lost their insurance, mostly down to the classic misconception that ‘birth is too risky’. With a lack of commercial market indemnity solutions, hundreds of IMs across the UK cannot work. For the past two years, IM UK – the organisation that supports IMs throughout the country – has been using an American insurance provider that has since left the UK market, and, as a result, the UK’s self-employed midwives have not been able to provide labour and birth care since June 30th 2020. Since then, IMs have seen their insurance premiums rise to £7500 per birth, creating a massive wealth gap between those who can access these services and those who cannot.

Childbirth Choices Matter is aiming to get hundreds of IMs around the UK back into work. A collective of women, doulas, and NHS and independent midwives, CCM have come together to strengthen the rights of women and birthing people to choose the circumstances in which they give birth to their babies.

Currently, CCM is aiming to raise £3M in order to support IMs with their own insurance product, get them back into employment and, ultimately, give all pregnant people full choice in how and where they give birth. As part of their fundraising efforts, singer-songwriter Nickita has written a charity single, Breathe Again, which will be released on Mother’s Day 2021, with 80% of the track’s profits going to the campaign.

BRICKS spoke to birth activists Jacqui Tomkins (chair of IMUK) and Kay King (UK Executive Director of The White Ribbon Alliance), who is heading up the CCM campaign, to find out why IMs lost their insurance, how they plan to get it back, and their goal to make independent midwifery an accessible gold standard in care for all.

How did Childbirth Choices Matter get started?

Jacqui Tomkins: I’ve been an independent midwife for over 20 years. I’ve seen us go through the gamut of being regarded as a niche speciality within the midwifery world to becoming the gold standard of antenatal and maternity care. But that became problematic because there were so few of us and we were marginalised by the Royal College of Midwives (RCM), who withdrew our insurance. In 2014, legislation was brought in to say that all health professionals needed indemnity insurance. Which in principle we all agree with, but IMs are the only group in the medical sector who couldn’t get it because it wasn’t in existence. So we’ve been struggling to negotiate with the government and commercial insurance markets, while dismantling the general myth of birth as dangerous. As birth activists, we have to bring a hard stop and produce our own indemnity, because that’s the only way we can move forward.

As birth activists, we have to bring a hard stop and produce our own indemnity, because that’s the only way we can move forward.

Kay King: We need to have the money there in case a lawsuit was ever brought against us. It’s been a fascinating journey. On the one hand, we’re trying to find the indemnity product, but at the same time we’re trying to really ensure that people understand the need for autonomy within the profession of midwifery.

Why is that autonomy so important for midwives?

Kay King: As any other health practitioner working in any other field, you can wake up in the morning and decide what you want your employment status to be. At the moment, there are only 100-odd self-employed midwives in the UK, but there are 36,000 registered midwives in the country. Any one of them at any given time could decide that it was more suitable to their skillset or working life to become an IM. It allows you to have national remit, and specialisms. If you were a midwife who had a passion for working with people who were having multiple births, or who were having a birth after a loss, you’ve got the freedom to go and have that one-to-one relationship.

For me, CCM has become about the choice for all people who give birth to be able to find that service, and standing up for midwives’ right to be able to choose their employment status. This issue of insurance has reached a point where it’s restricting the work options for people who are fully qualified at a time where the country needs that level of professionalism.

Obviously, the NHS has been hit hard by Covid, and we know midwives in hospitals are suffering, how has the pandemic affected independent midwifery and CCM?

Kay King: Maternity has really suffered at the level of choice, respect and dignity. We’re taking huge leaps back in terms of the decisions expectant parents are able to make in their birth plans. The one subsector that could meet that need is IMs, who could be there to provide what NHS staff aren’t able to, like home births and partners being with their birthing person. We’ve got this incredible resource of hugely experienced professionals with unique specialisms, who are literally sitting in car parks whilst their clients are in labour because it’s illegal for them to be in the same room. Pregnant people should be in a position where whatever their birth experience or plan is, they have respect and that choice to an alternative. That choice shouldn’t be: ‘I’ve got to birth on my own.’

Maternity has really suffered at the level of choice, respect and dignity. We’re taking huge leaps back in terms of the decisions expectant parents are able to make in their birth plans..

What are your next steps and aims for the campaign and organisation?

Kay King:  As a social change agenda, this is quite unique. Social change isn’t solved by money alone – it’s normally money and systemic change – but the main issue that we are tackling right now could be solved if an insurance provider, the government, or even potentially, the RCM, could think innovatively and loan us the money. After that, the campaign doesn’t stop. We want to ensure, moving forward, that independent self-employed midwifery isn’t considered an elitist service. That it’s able to be accessed by any birthing person in need of a specialist.

Jacqui Tomkins:  If you’ve got someone who is pregnant, realising their potential, and being supported throughout that journey, they have direction and drive because now they have a child that they’re going to have to make the world a better place for.

Kay King: It’s not coincidental that the exponential rise in postnatal mental health issues that we’ve seen has correlated with a huge rise in the medicalisation of birth. Then we end up with people who have been disempowered, traumatised, abused and coerced. Nobody’s coping and thriving.

It’s not coincidental that the exponential rise in postnatal mental health issues that we’ve seen has correlated with a huge rise in the medicalisation of birth. Then we end up with people who have been disempowered, traumatised, abused and coerced. Nobody’s coping and thriving.

So a big goal is to get more midwives working independently once you can get the insurance set up and to try to make independent midwifery more accessible?

Jacqui Tomkins: We’ve been growing for a very long time, but coming up with the same issue: if the insurance was resolved we would be able to take that leap and put money into building a business, but we can’t run the risk of having that policy pulled a year on, which consistently happens within the commercial market.

Kay King: We have to plan in that year ahead capacity, because obviously pregnancy takes nine months. So if we had a product in place, within three months of that the midwives who are taking bookings won’t have certainty on what their clients’ premiums will be. It has to be sustainable. Since the legislation came in 2014, IMUK has worked with two different providers, but they’ve always had fluctuations. We need something that is owned by the midwives, the campaigners, and the charities that are backing independent midwifery as a long term solution.

Jacqui Tomkins: Over the last four years IMUK have collected 1,500 expressions of interest, we have a small army waiting. There’s also in excess of 5,000 midwives on the Nursing and Midwifery Council register who aren’t working because it’s too traumatising for them. There are more midwives working in supermarkets than there are anywhere else, because they’re just not cared for within the NHS. The only real option for midwives is self employed practice.

There are plenty of us out there waiting to join, but we need control of it.

To get that control, you need the money. But when you asked the Government for assistance, they denied it, saying it was “not a good use of public funding.” That must be incredibly frustrating.

Kay King: The government is willing to throw money at saying we need more midwives, though. If they were to give us that money, overnight we would put at least 100 midwives back into work. Within a year, we could probably put that waiting list that Jacqui’s talking about back into work. As an employment scheme, it would be one of the best options for the government to invest in because we don’t have to train them, they’re already there.

Clearly from our current battle with health ministers, they believe it to be preferable that we move towards an obstetric environment rather than a midwifery environment. It’s incredibly hard to get anybody at a government level, where they are extremely proud of the NHS system and believe in it, to stand for us and to see the investment that this is.

What would be your best case scenario?

Kay King: What would be a wonderful outcome of the campaign would be for someone, somewhere to go: ‘Hang on, we should be looking to IMs as the gold standard of continuity of care.’ What a precious resource we have at a national level, we could be learning about how to do better case loading and better continuity of care rollout if we put the IMs back into work and looked at their methods.

We are a team of extremely educated women, we’re aware of the desperation of the situation, and we’re not going to give up. It’s a feminist issue that needs to be resolved and we will keep finding solutions to it. We are strong and we will keep banging on the doors of it. Beyond that, we’ll still be here, finding a way for self employed midwifery to become available to more and more people. 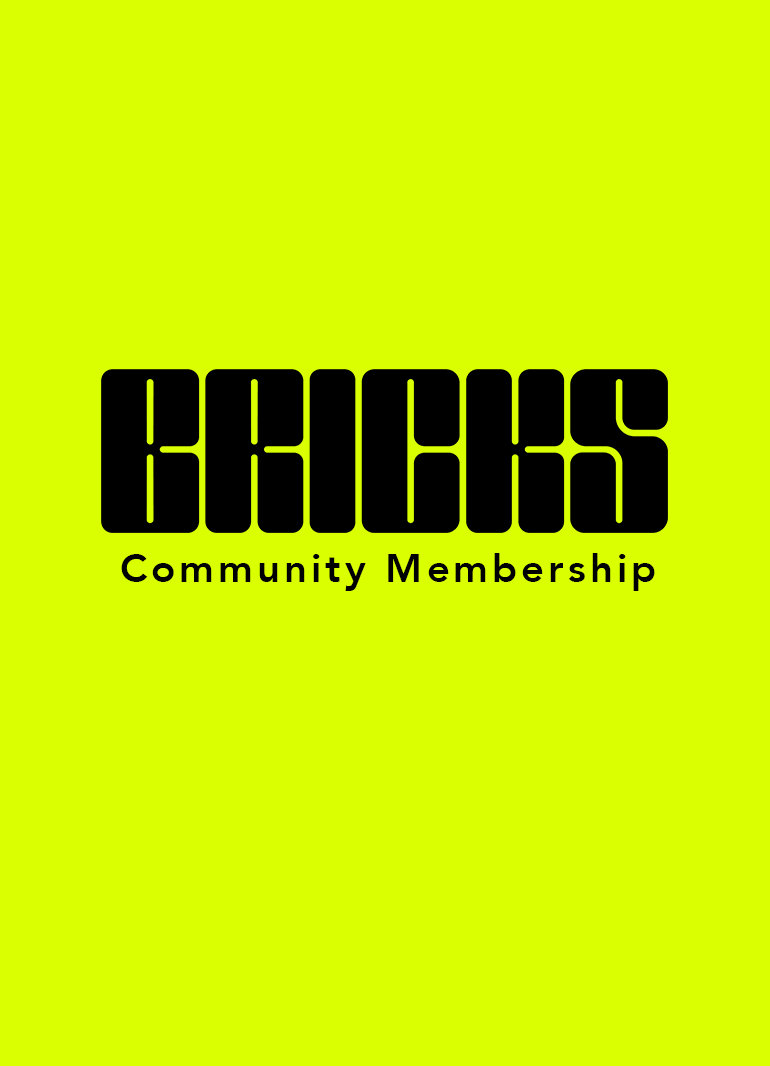 Decrim Now: The Climate For Sex Workers in the UK